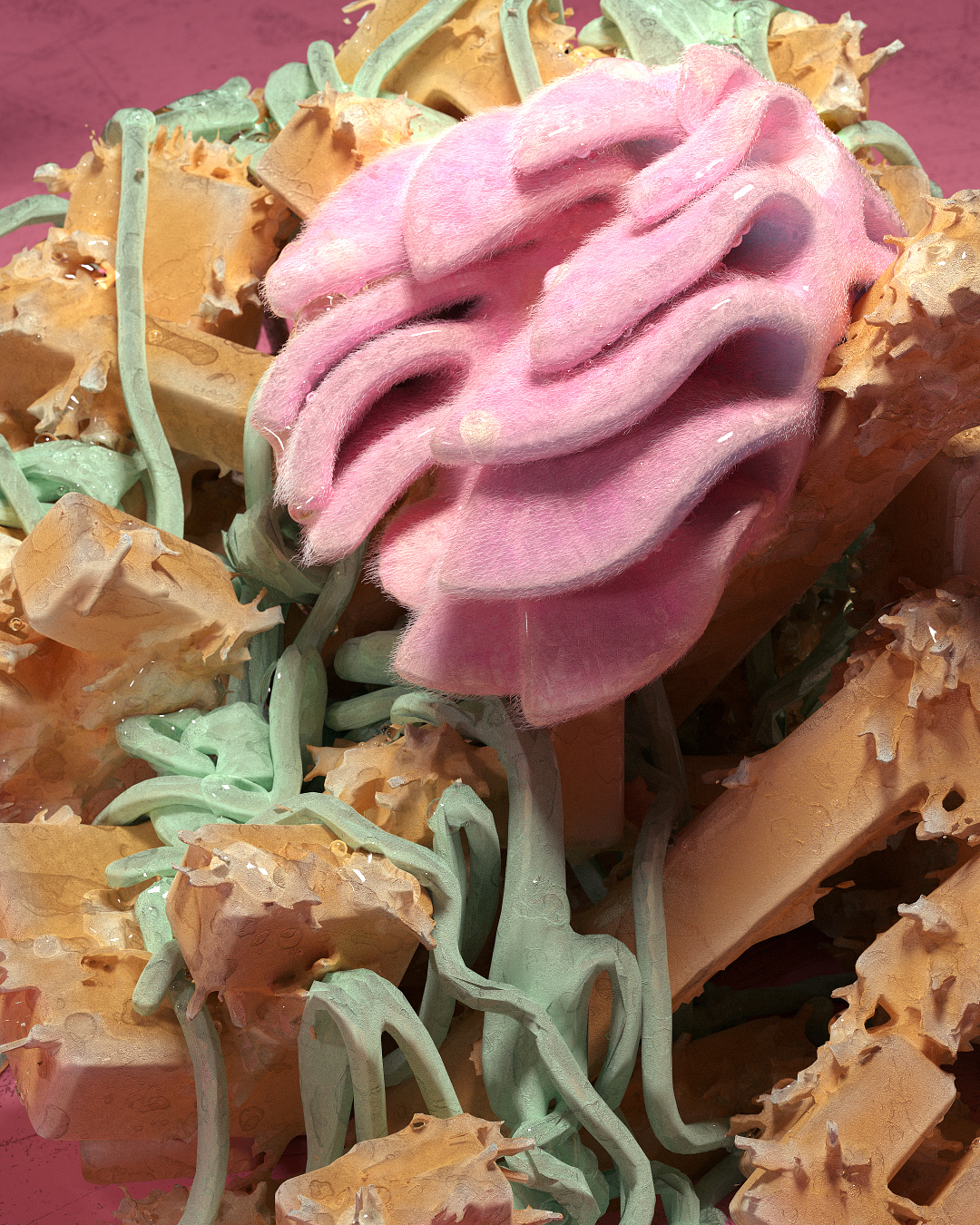 This exploration of texture called for an initial pile to be formed. I modelled some very simple pylons and used the Physics Painter inside Houdini to dump a pile of them on the ground, allowing them to settle into a base for the structure.

I converted the shape into a VDB volume to merge all the pylons together. While still in VDB space I scattered a ton of little crystals all over the pylon to add some complexity to the form. I then modelled some VDB noodles, merging them together into a sticky spaghetti mass that could then be dropped atop the pylon pile.

For the main fuzzy creature flower element, I again used VDB's. Starting from a sphere, I cut out slices to form the membranes and flaps of the creature. I added some fur to the surface of the skin, before dropping the creature atop the pile, allowing it to settle elegantly atop.

The final addition was a thick layer of sticky dew drops, evidence of the temperature and humidity of the scene. 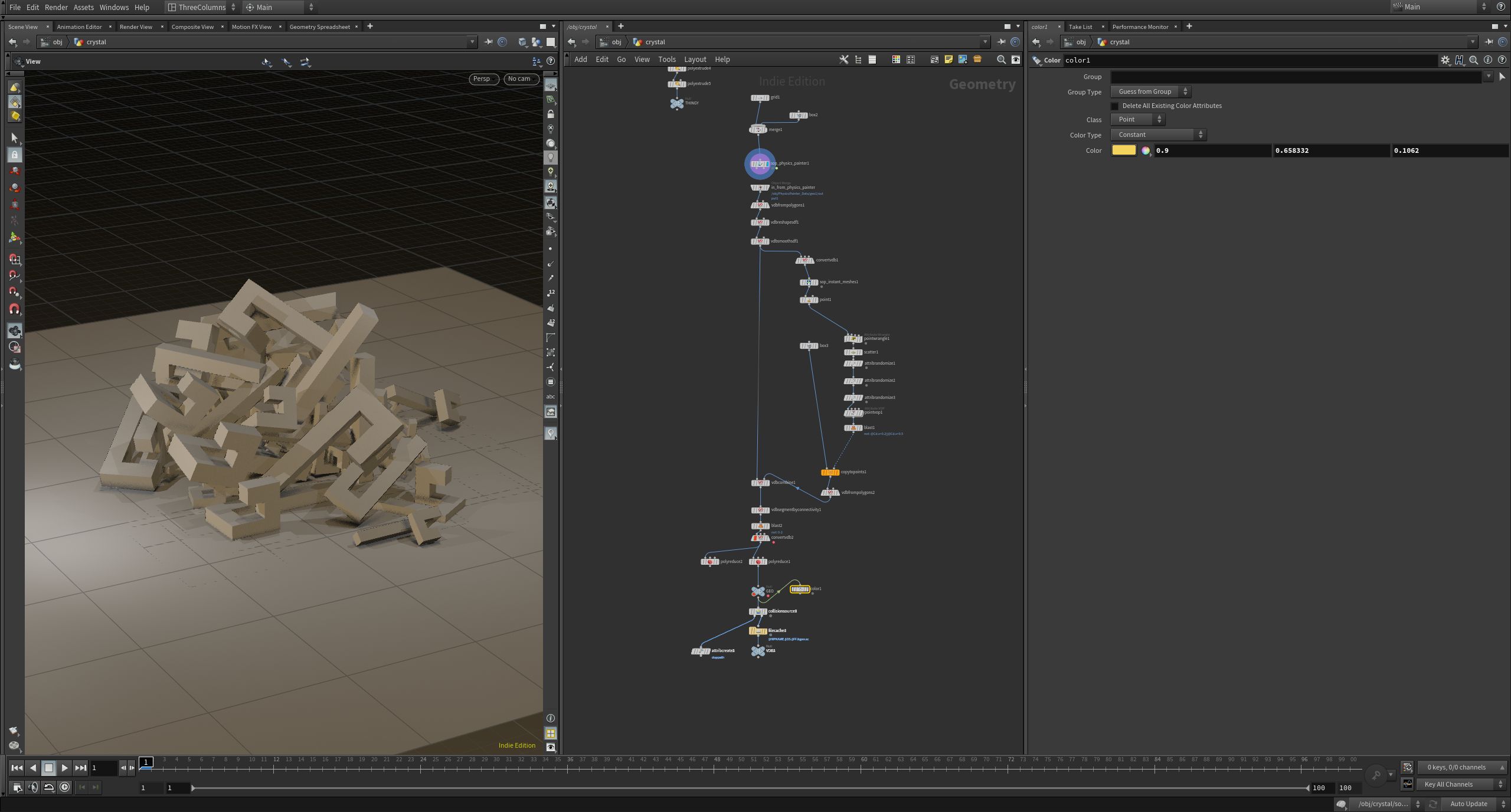 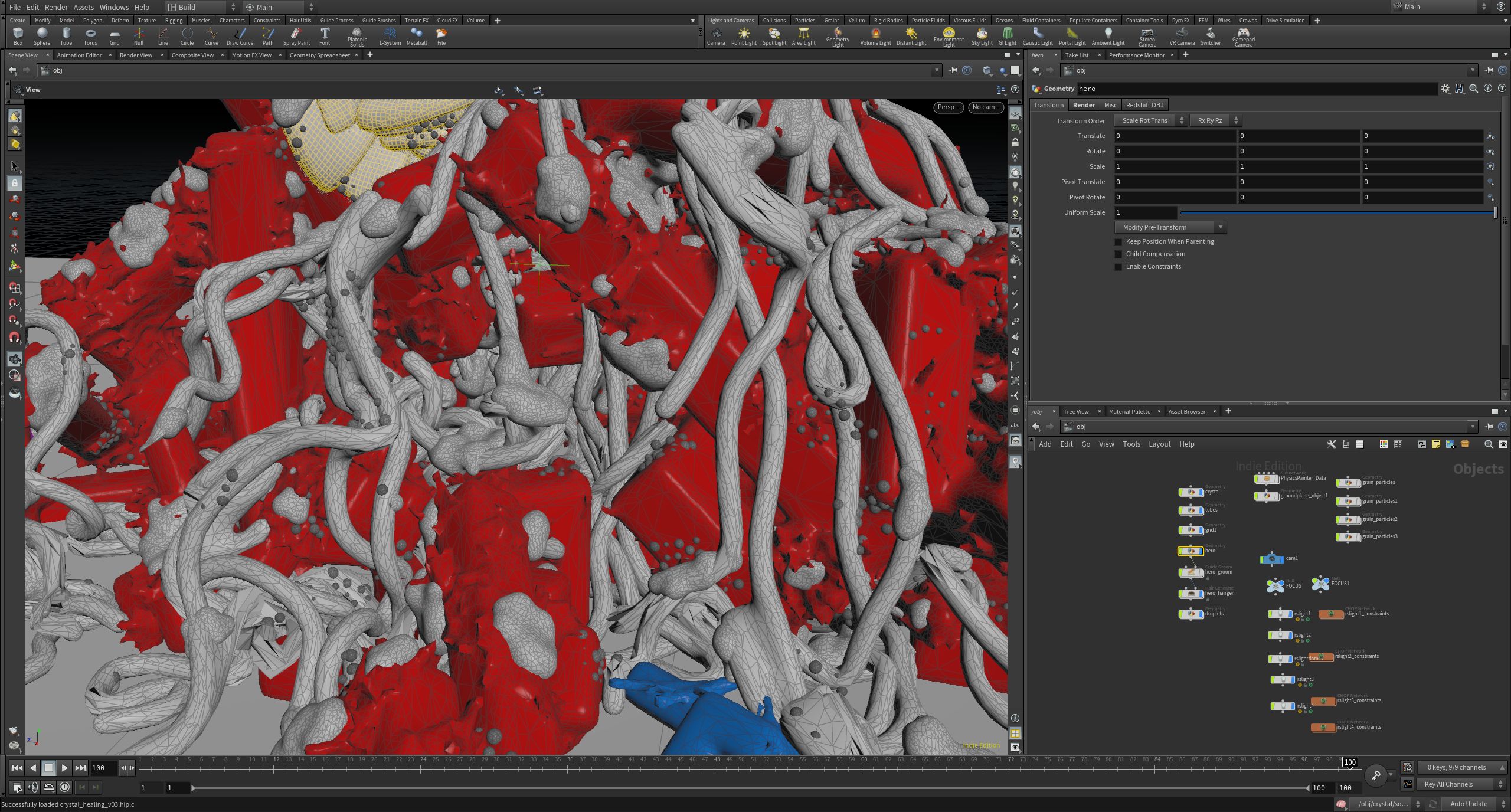 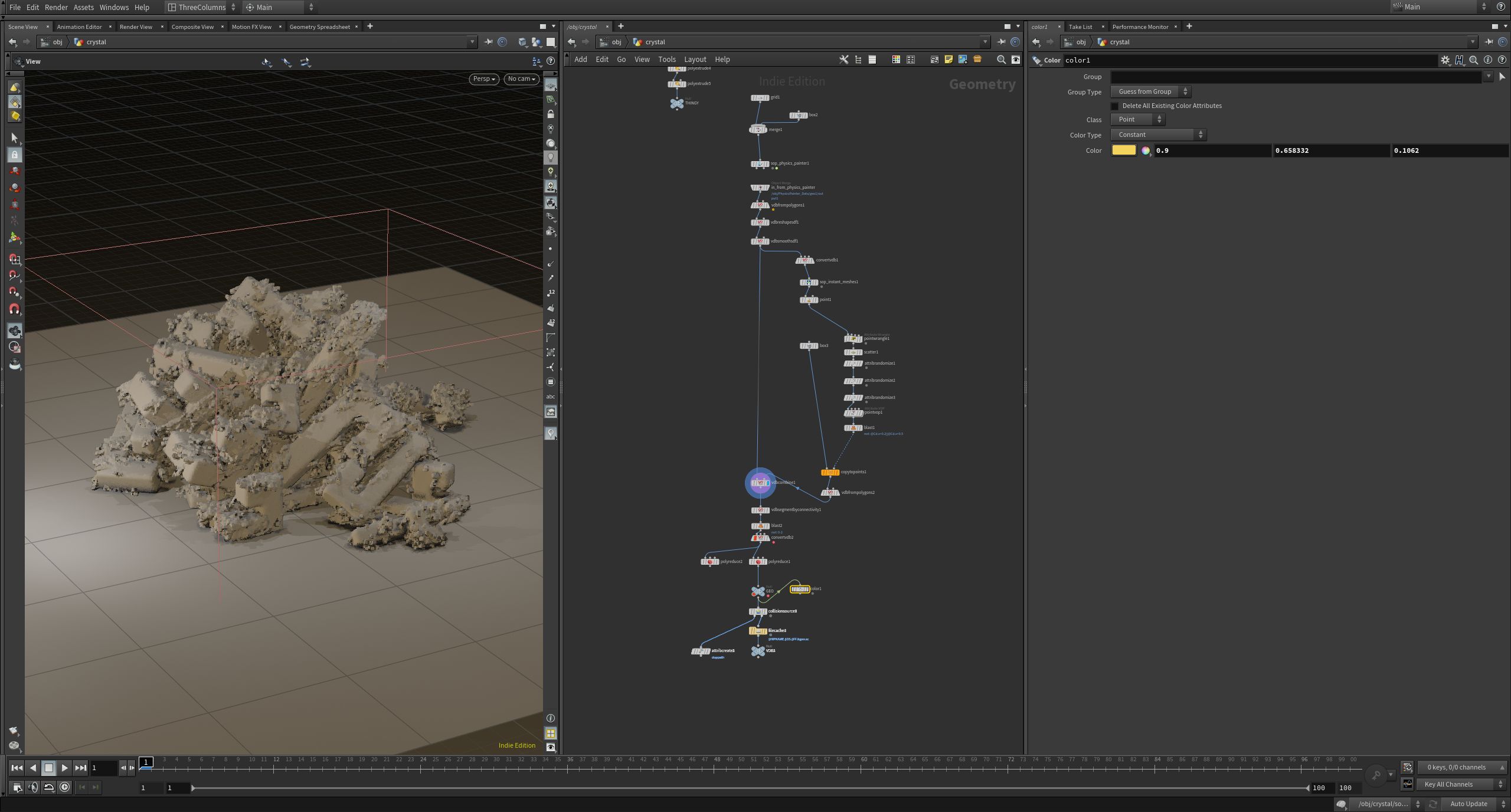 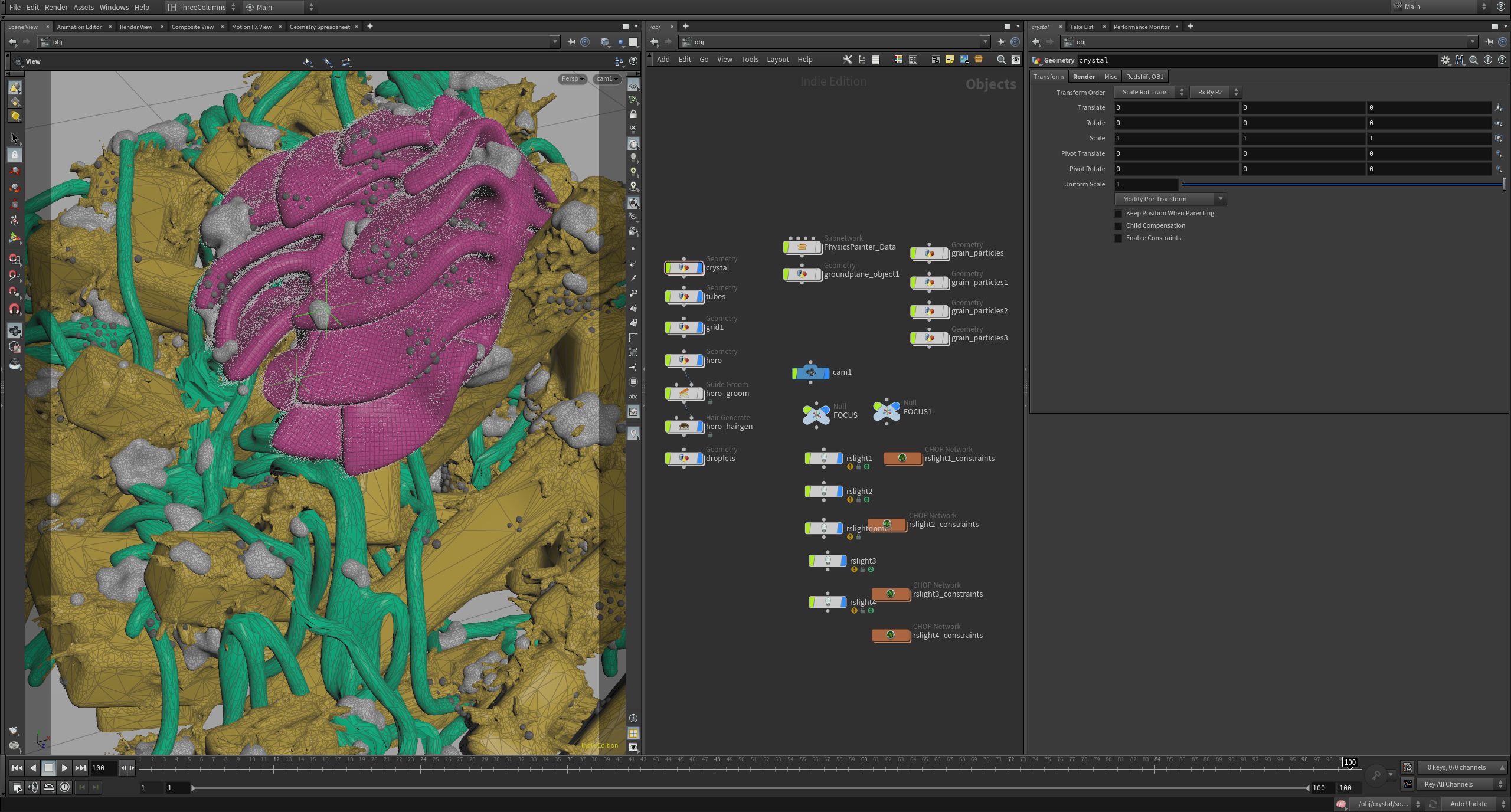 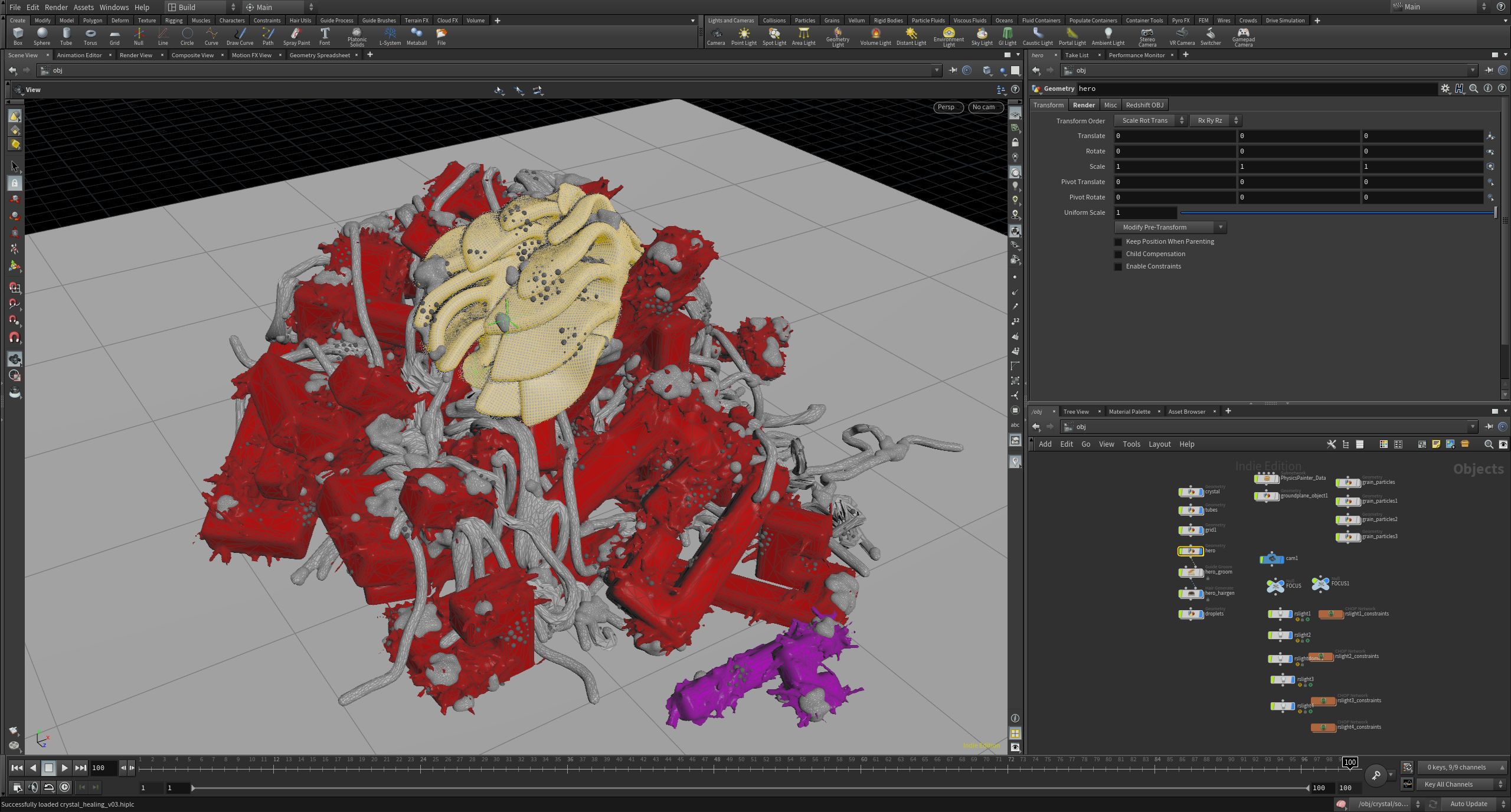 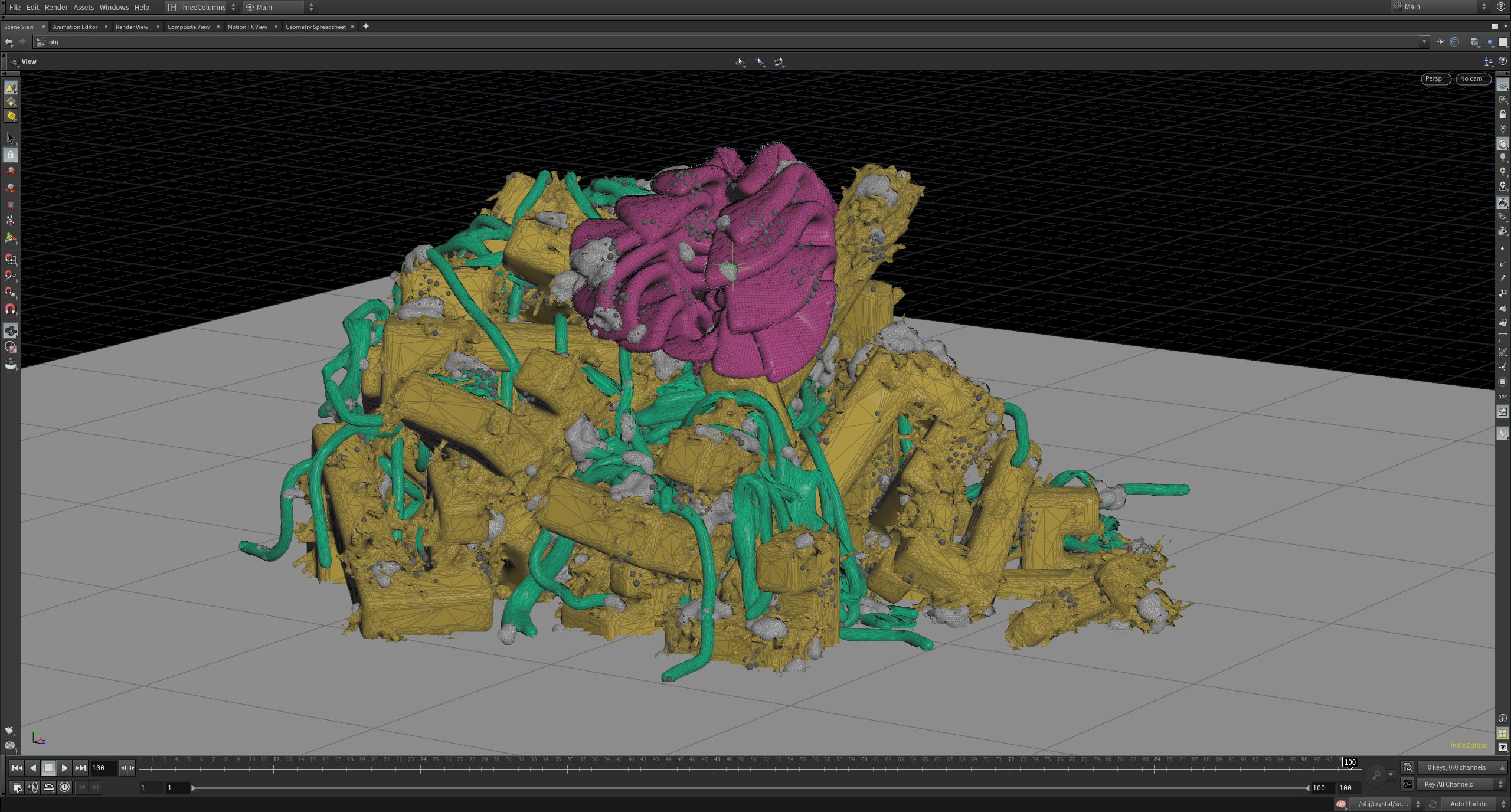 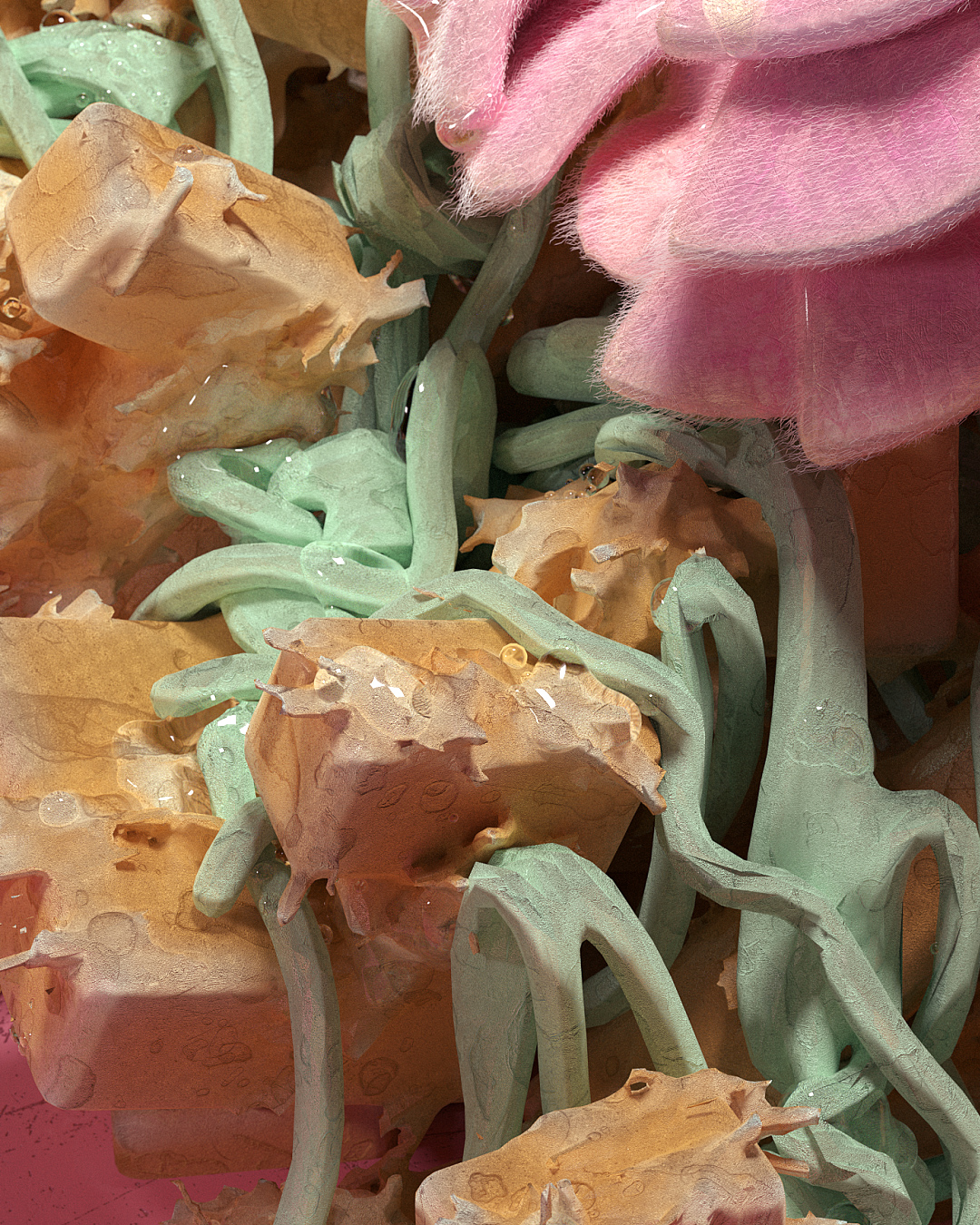 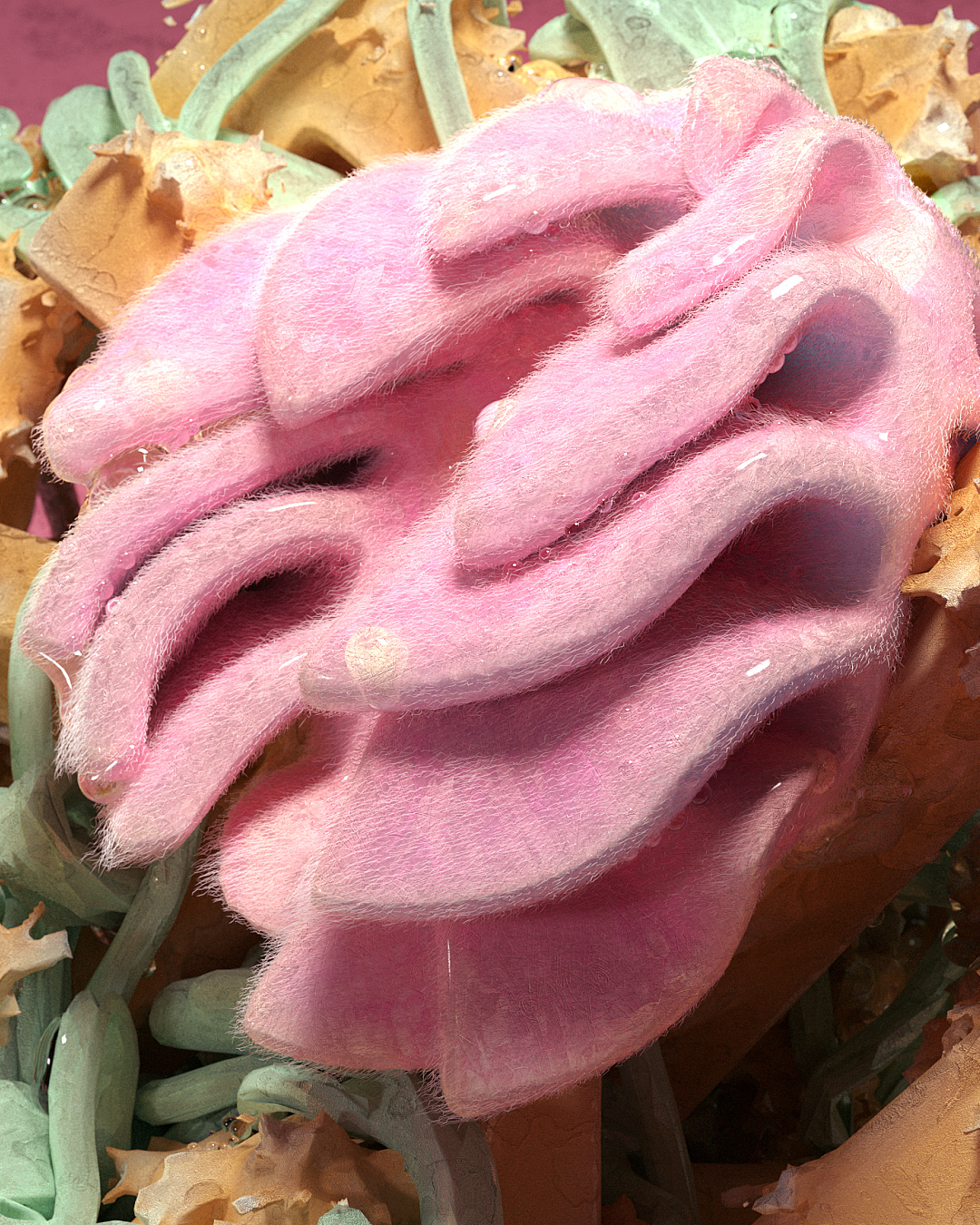