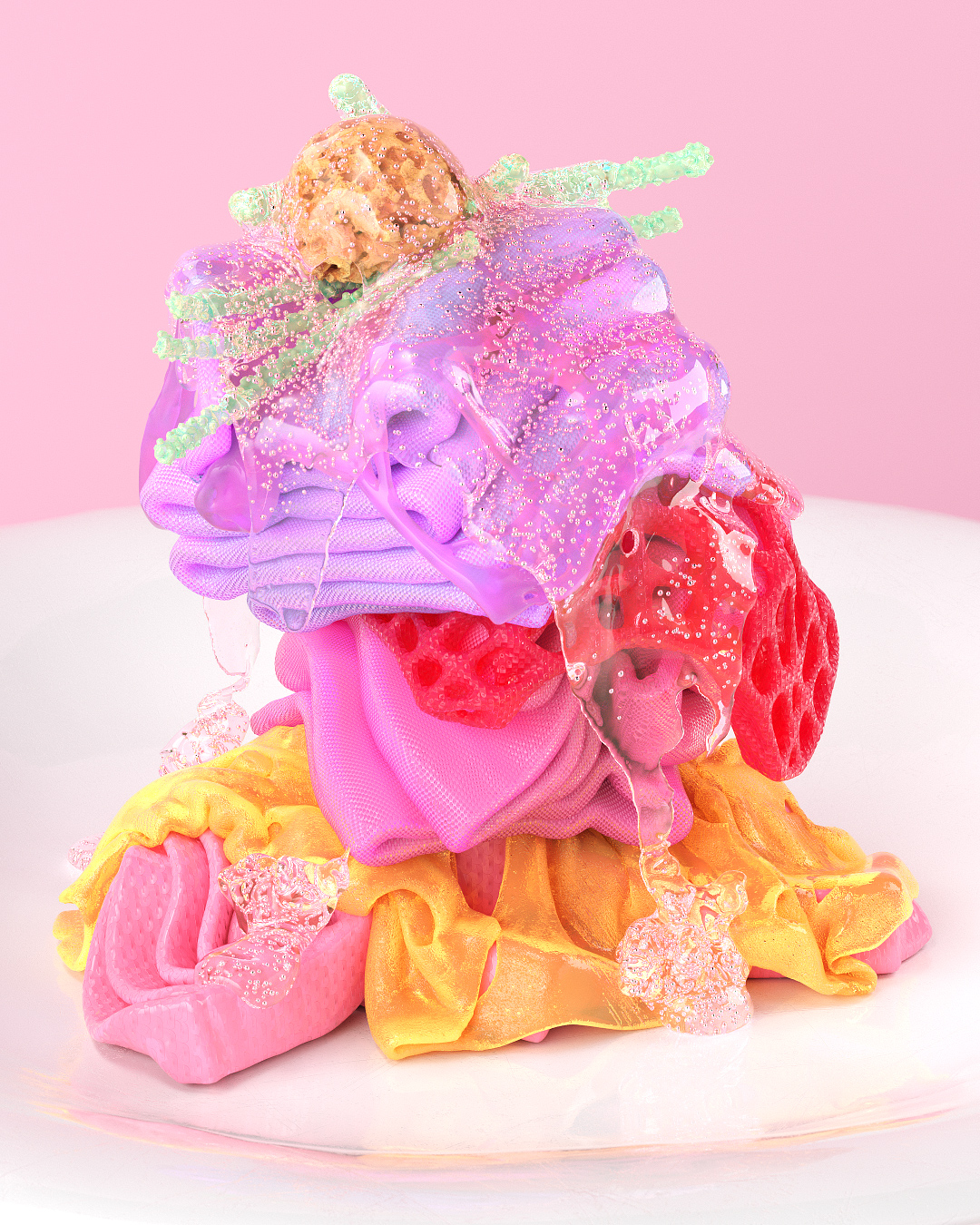 For this piece, I was inspired by Japanese desserts and the synthetic sampuru food models seen in Japanese restaurants. I approached the piece from a culinary perspective and saught to build "height on the plate" by layering elements of differing forms and textures. Like the sampuru, I wanted the form to be food-like but the end result be something entirely synthetic and inedible.

Each element was procedurally modelled, taking solid forms and removing structural sections, creating points for the shapes to yield and collapse on themselves. Each layer being positioned, constrained, and manipulated in different ways.

This piece was an opportunity to experiment more with the concept of modelling complex forms using physical simulations. I used several methods for directing the simulations themselves, allowing the piece to be steered into a specific form, while still permitting the physical forces to be the primary actor. Simulating each layer individually provided more control over the behavior and settling of each layer.

Once the solid layers of the dish were complete, a viscous sprinkle syrup simulation was poured all over the dish, adding a saccharine stickiness and synthetic shine. The fluid simulation was cooled, dropping the viscosity and freezing the syrup in place. 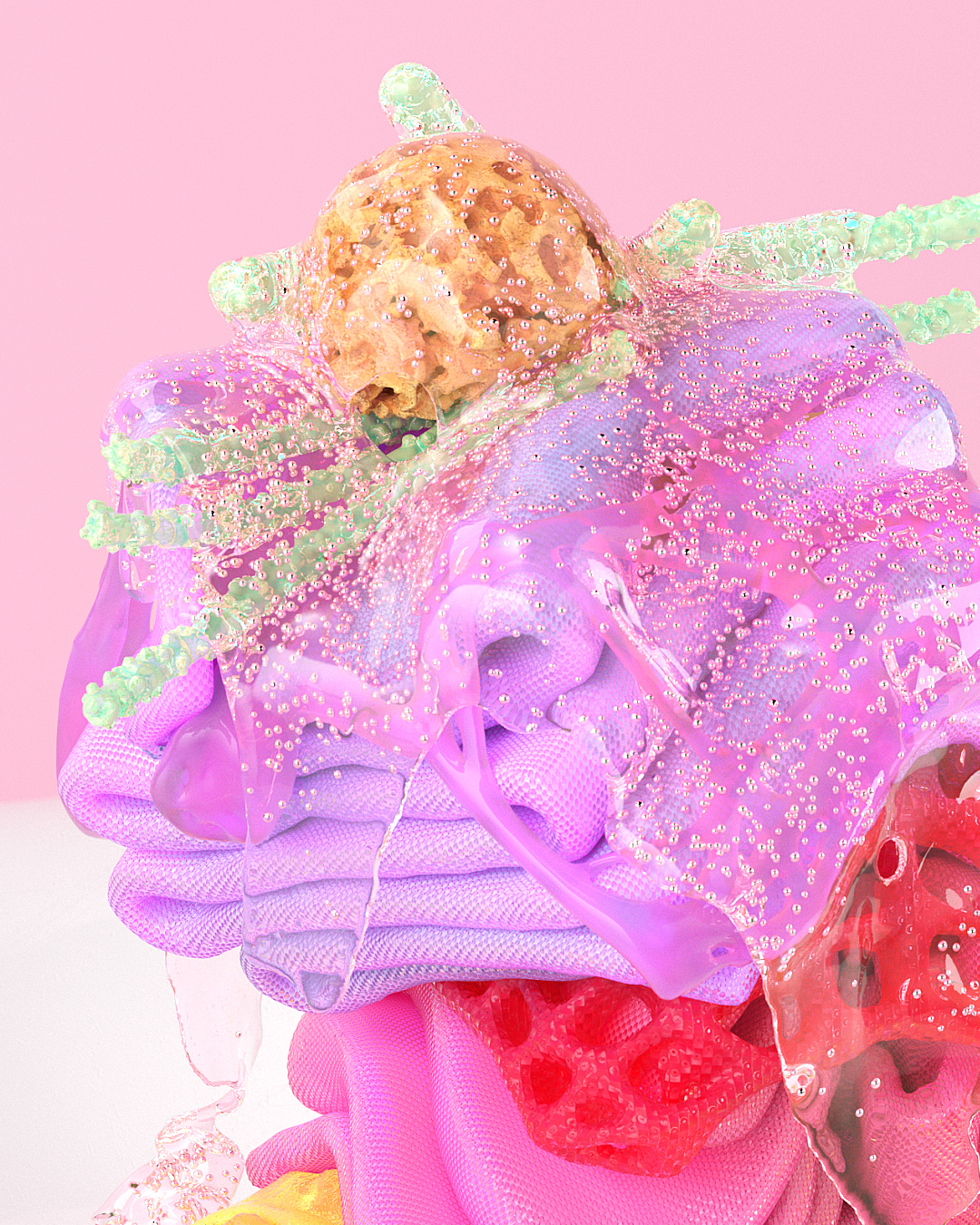 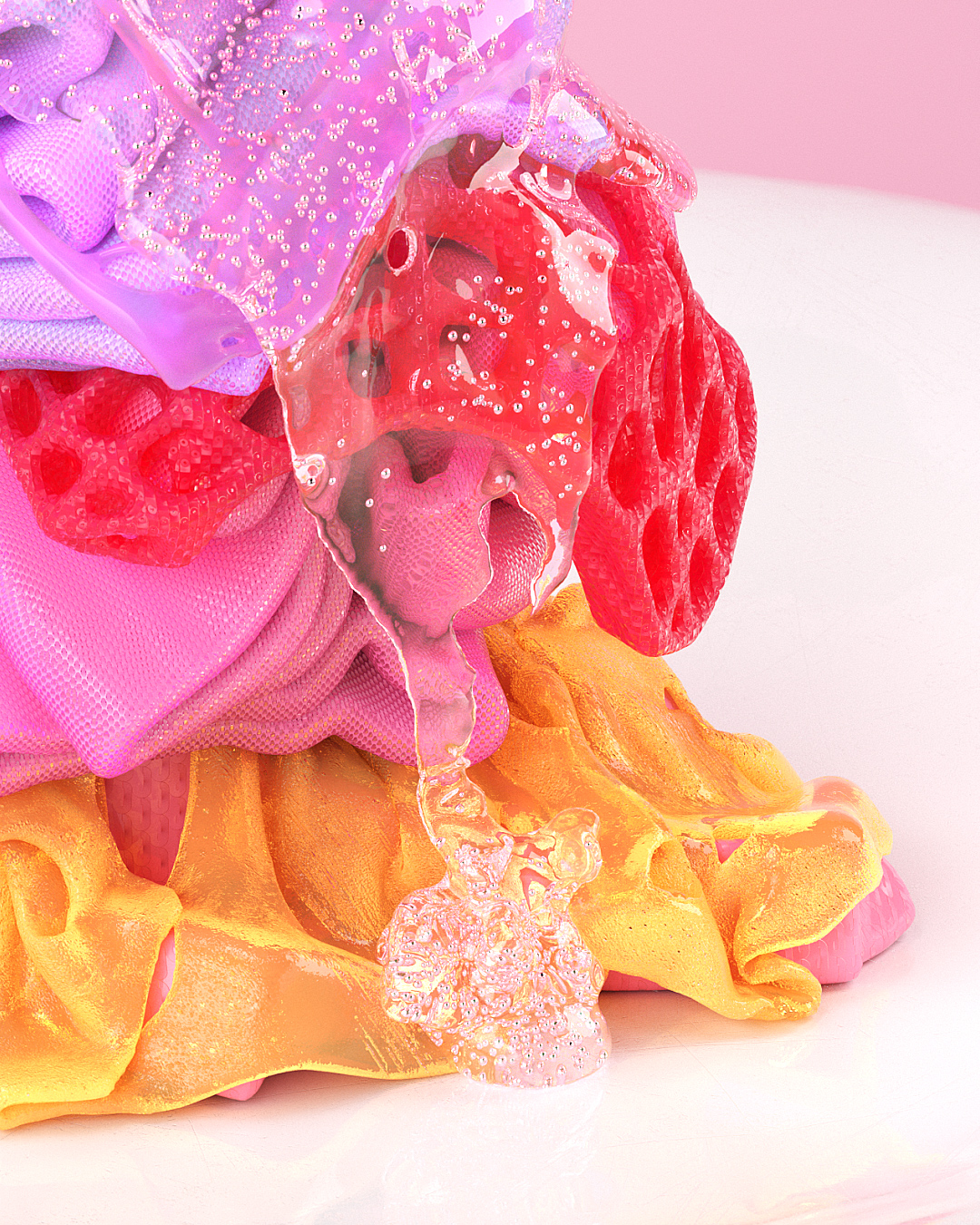 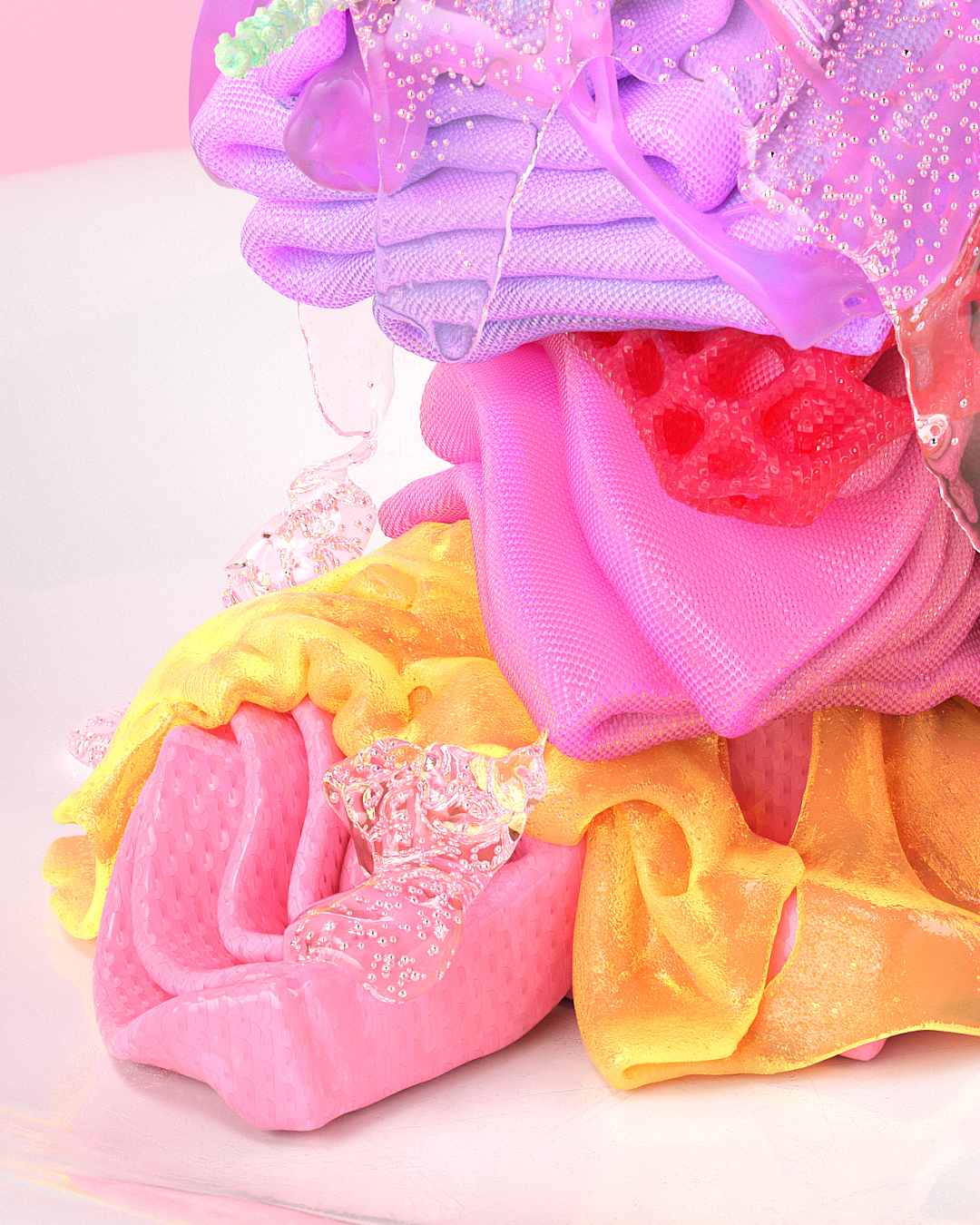