The end result of plastic, pearls, polution, and pressure. 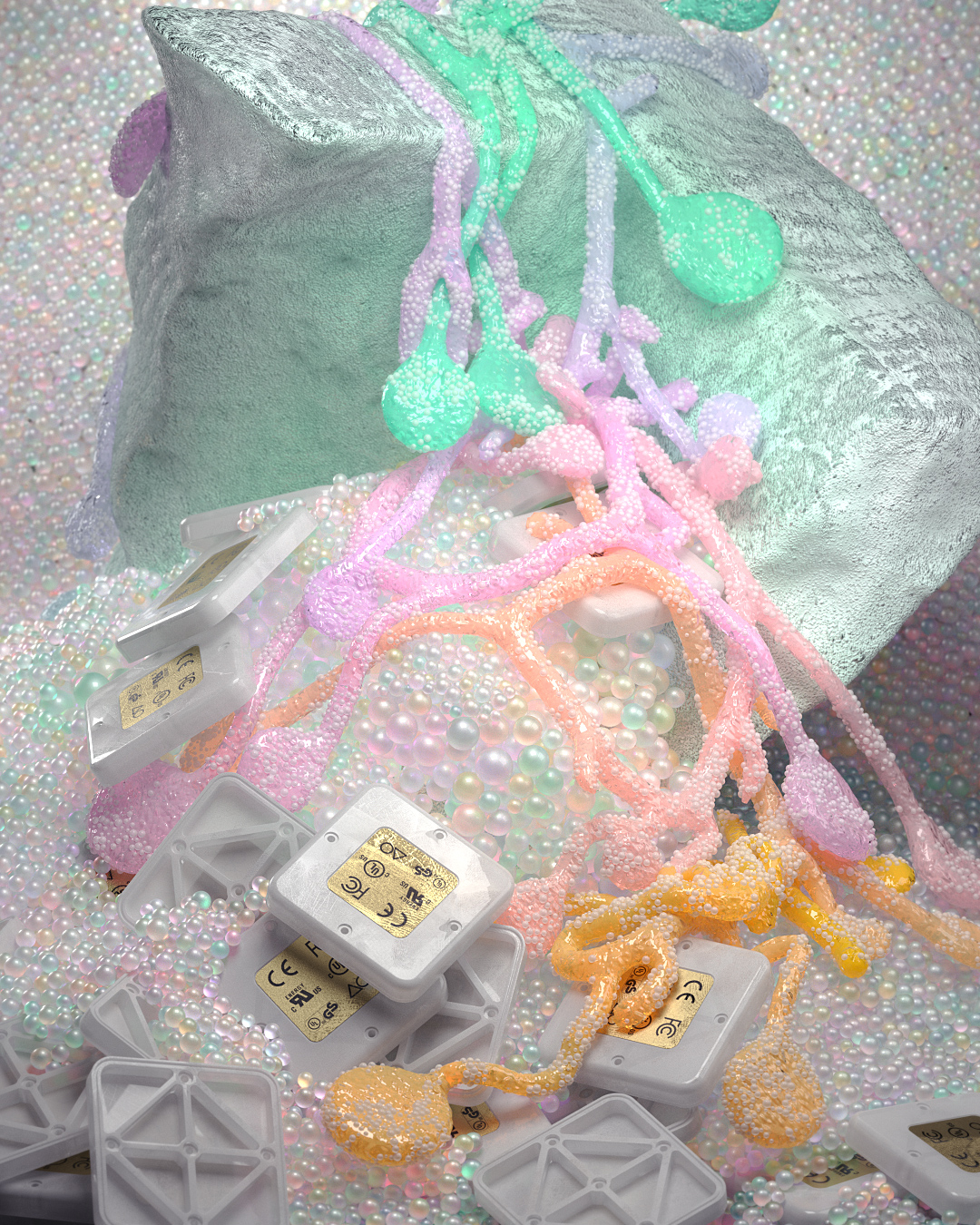 For this exploration of synthetics I needed a piece of earth to act as a cradle for the debris. I sculpted a procedural rock in Houdini from a basic cube shape.

Bouncing back and forth between volumetric and mesh representations of the form, I cut one cube from another, added some twist, and some displacement for surface detail. The result of the process is a procedural rock to act as a collider for the coming physics simulations.

I used varioud techniques to build up a controlled volume of pearls to fill the scene. I started out with a blobby form made of pearls and held together by contraints. Holding the pearls together helps to art direct the shape of the settled form. The pearl blob was then dropped on top of the rock and allowed to settle, forming the base and central volume of the pearls. Smaller pearls were then dumped on top to fill in the crevices.

A plastic tentacle creature was procedurally modelled and dropped atop the pearls pile. I then modelled some plastic panels in Fusion 360, and added a decal to ensure this product was certified in all the most expensive ways before it was released to destroy the world. I used the Physics Painter tool in Houdini to paint the panels atop the pile, their collisions with the surface simulated to allowing them to settle naturally.

To unify the various elements, a final layer of small pearls was dumped on top of everything, burying the elements in a torrent of synthetic waste. 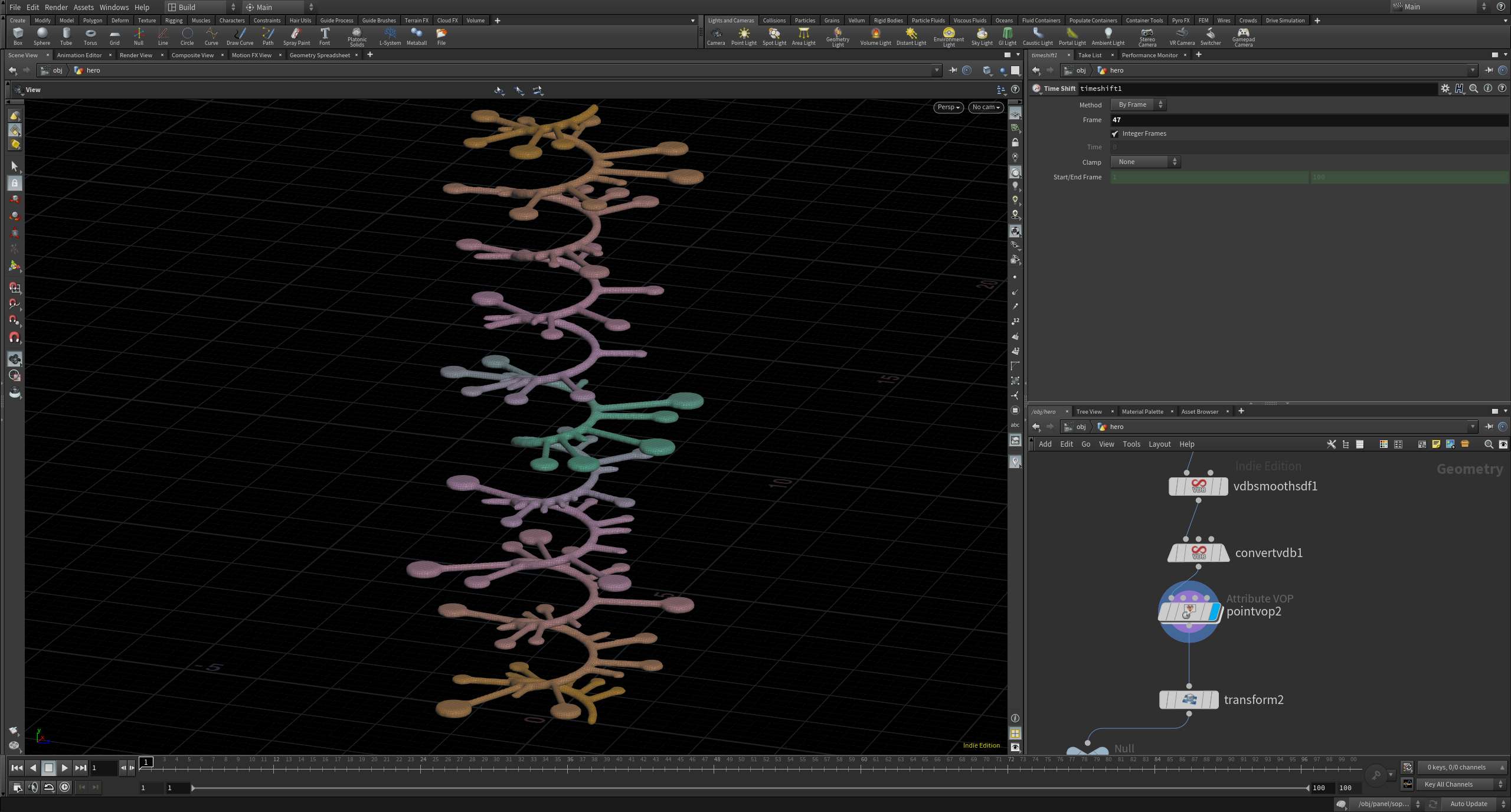 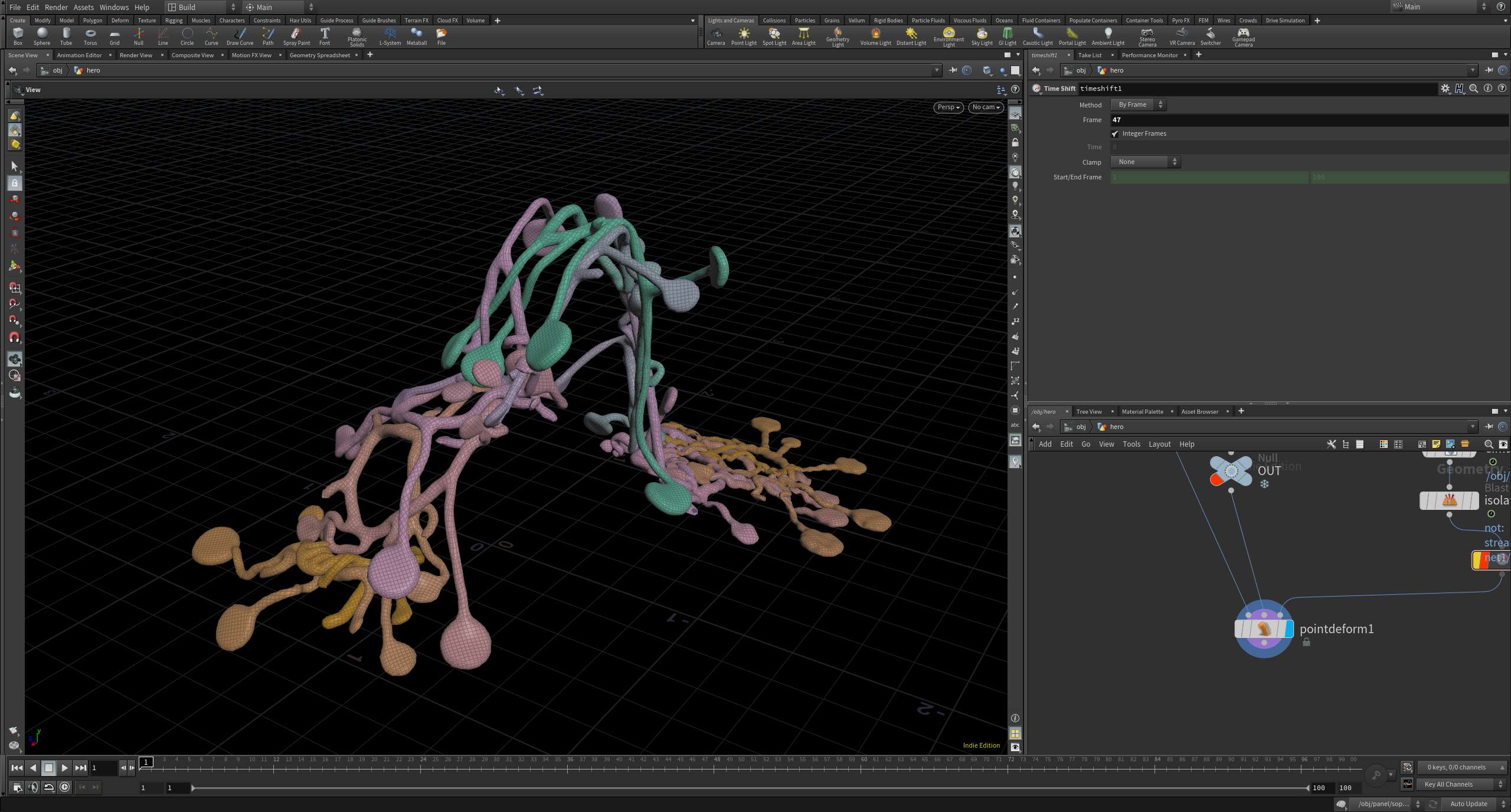 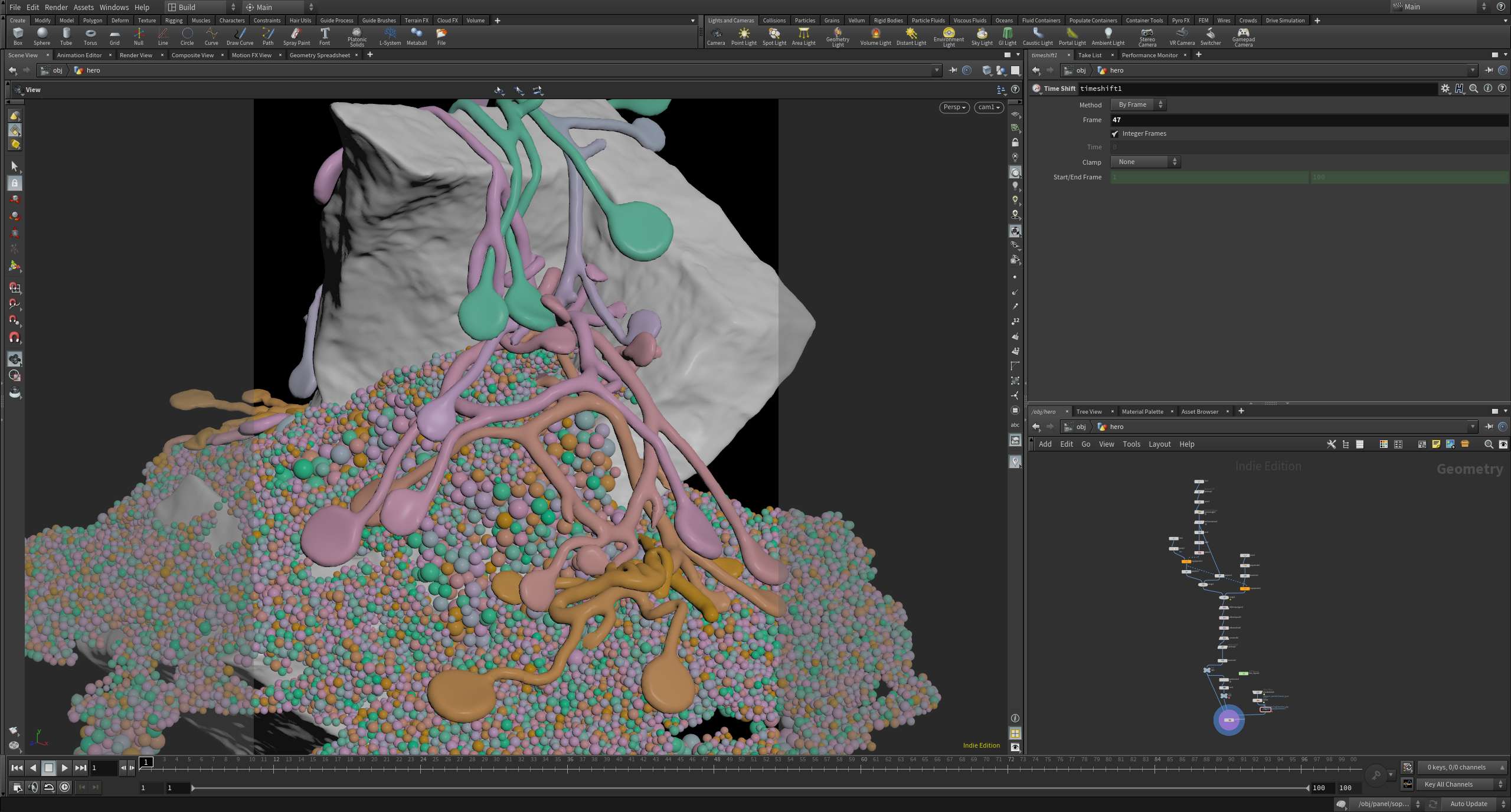 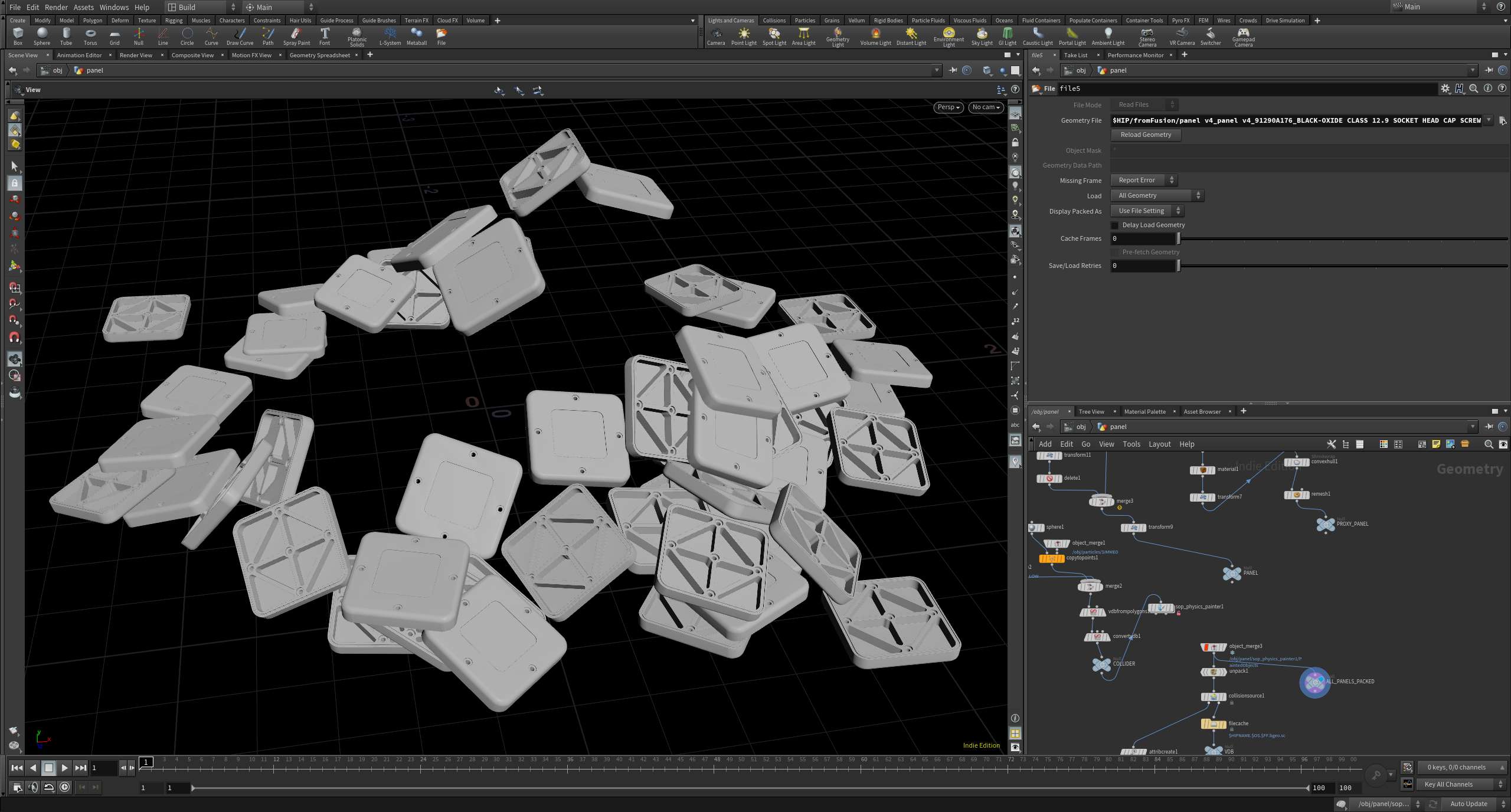 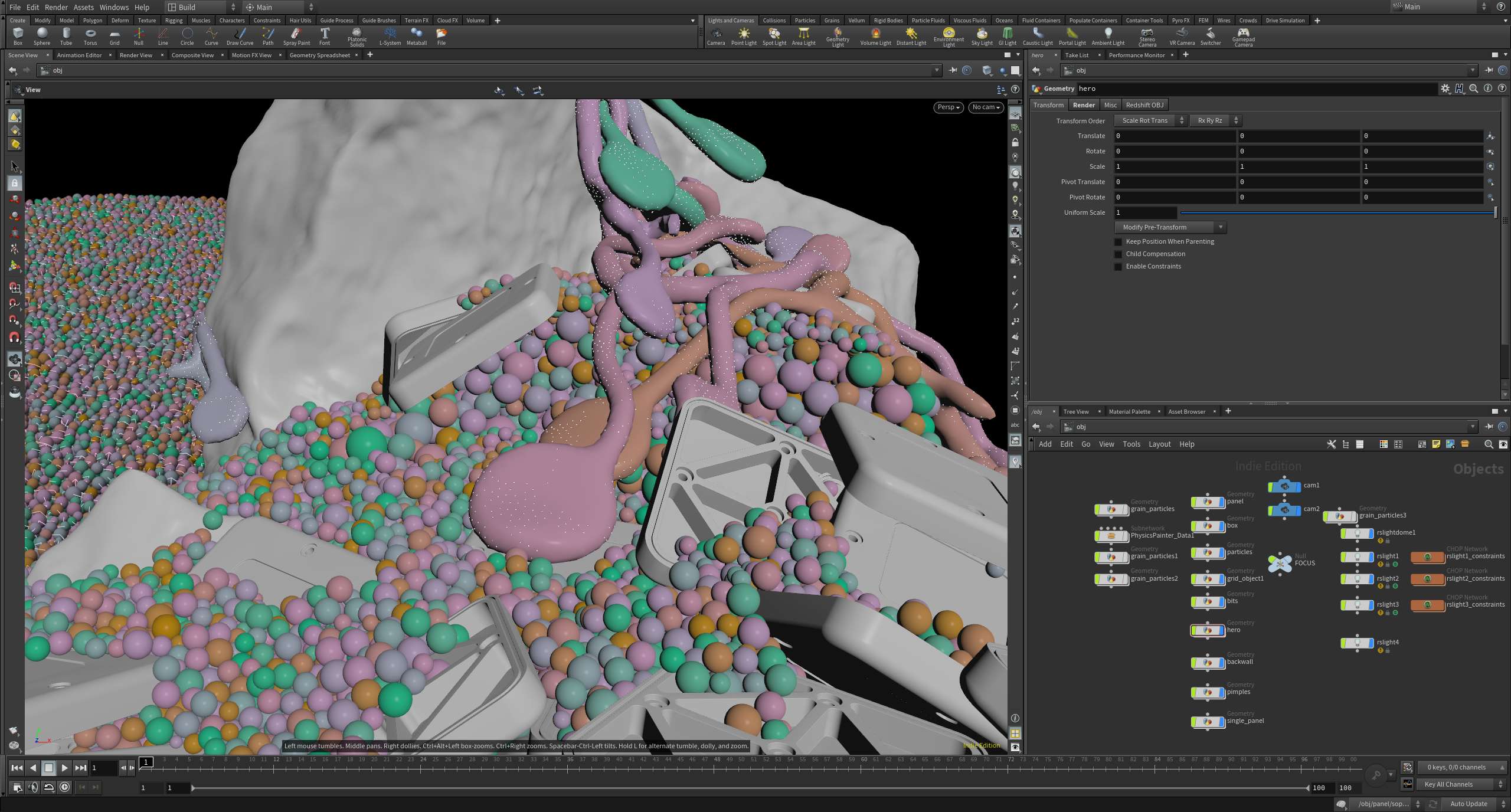 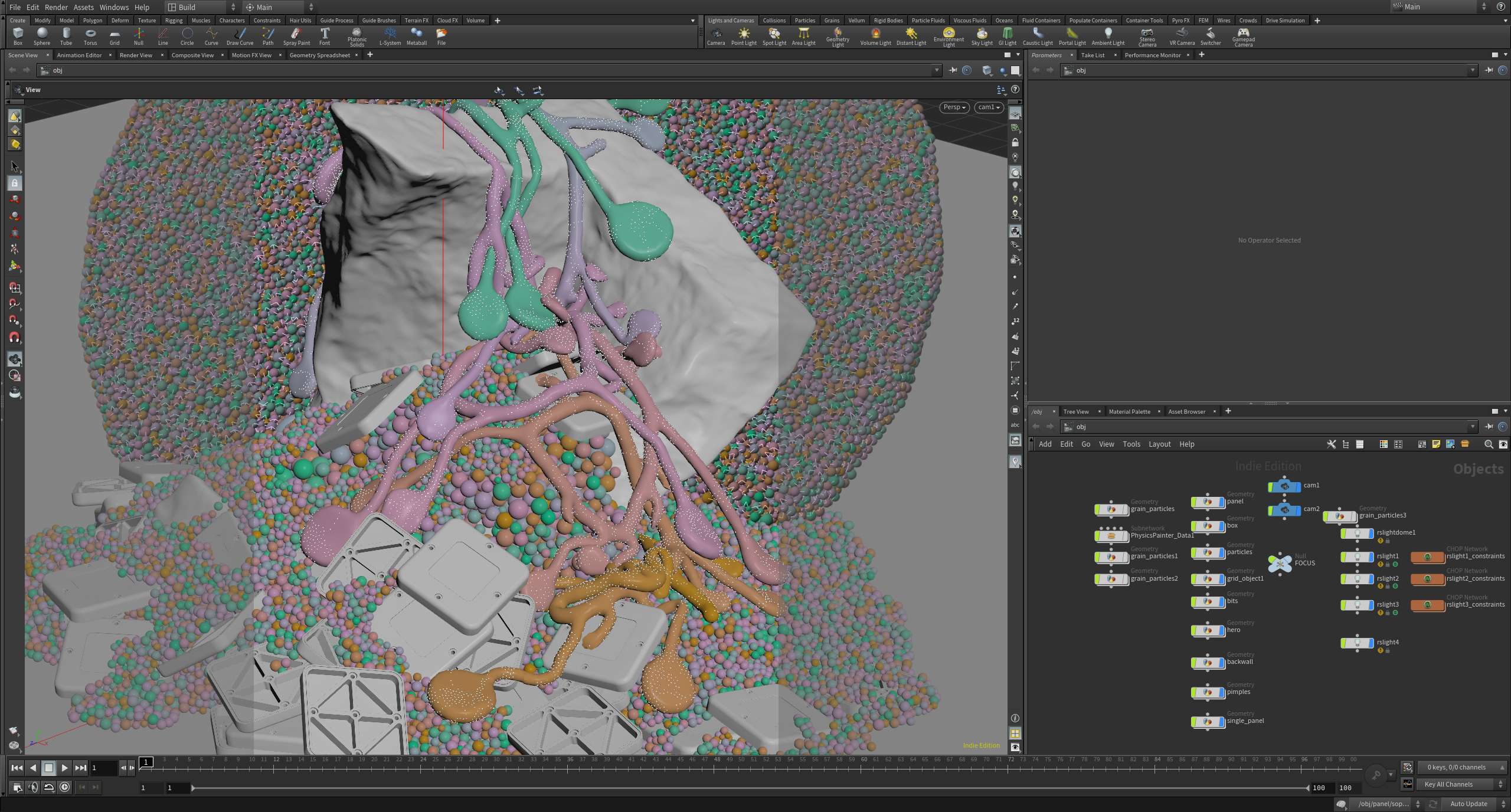 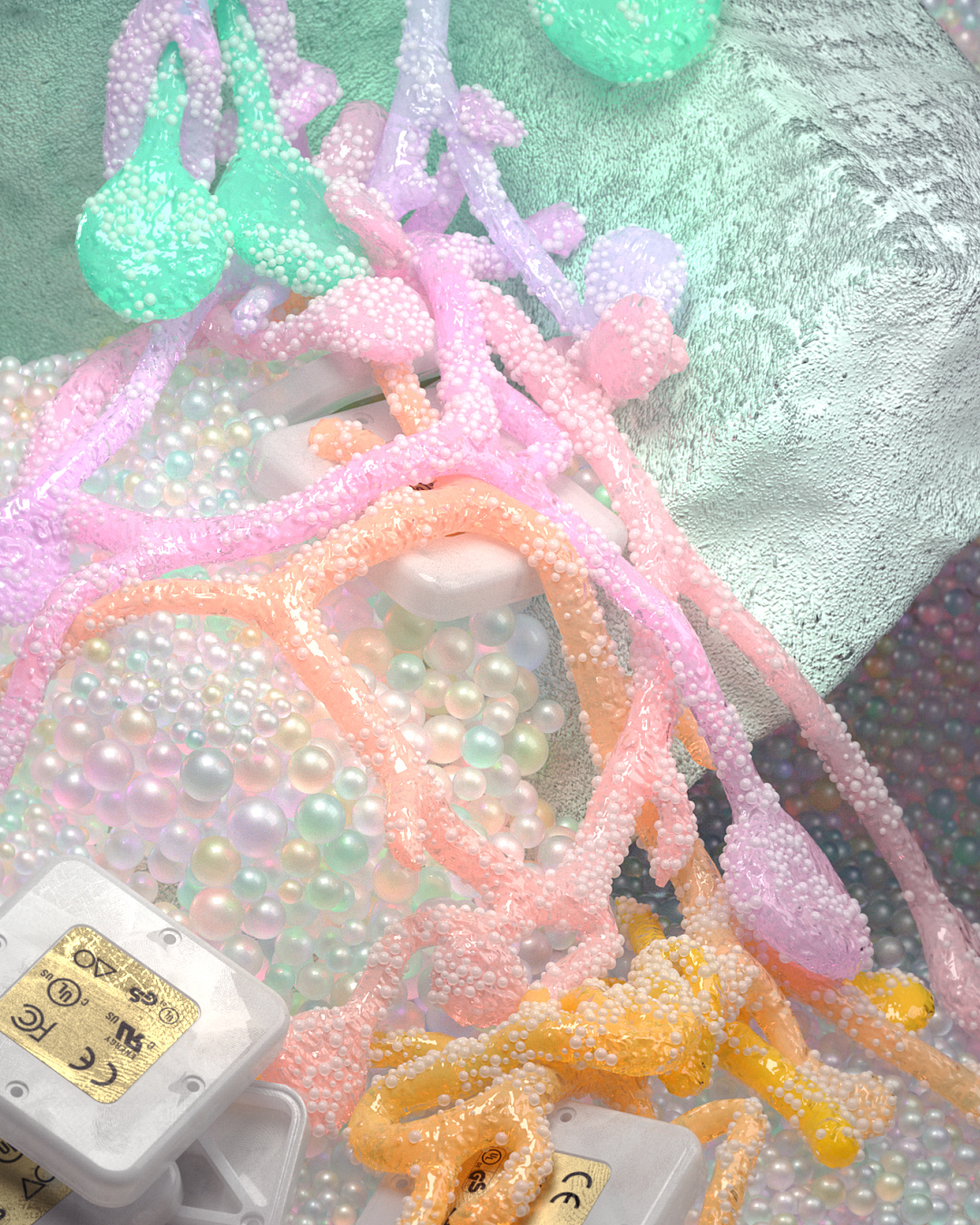 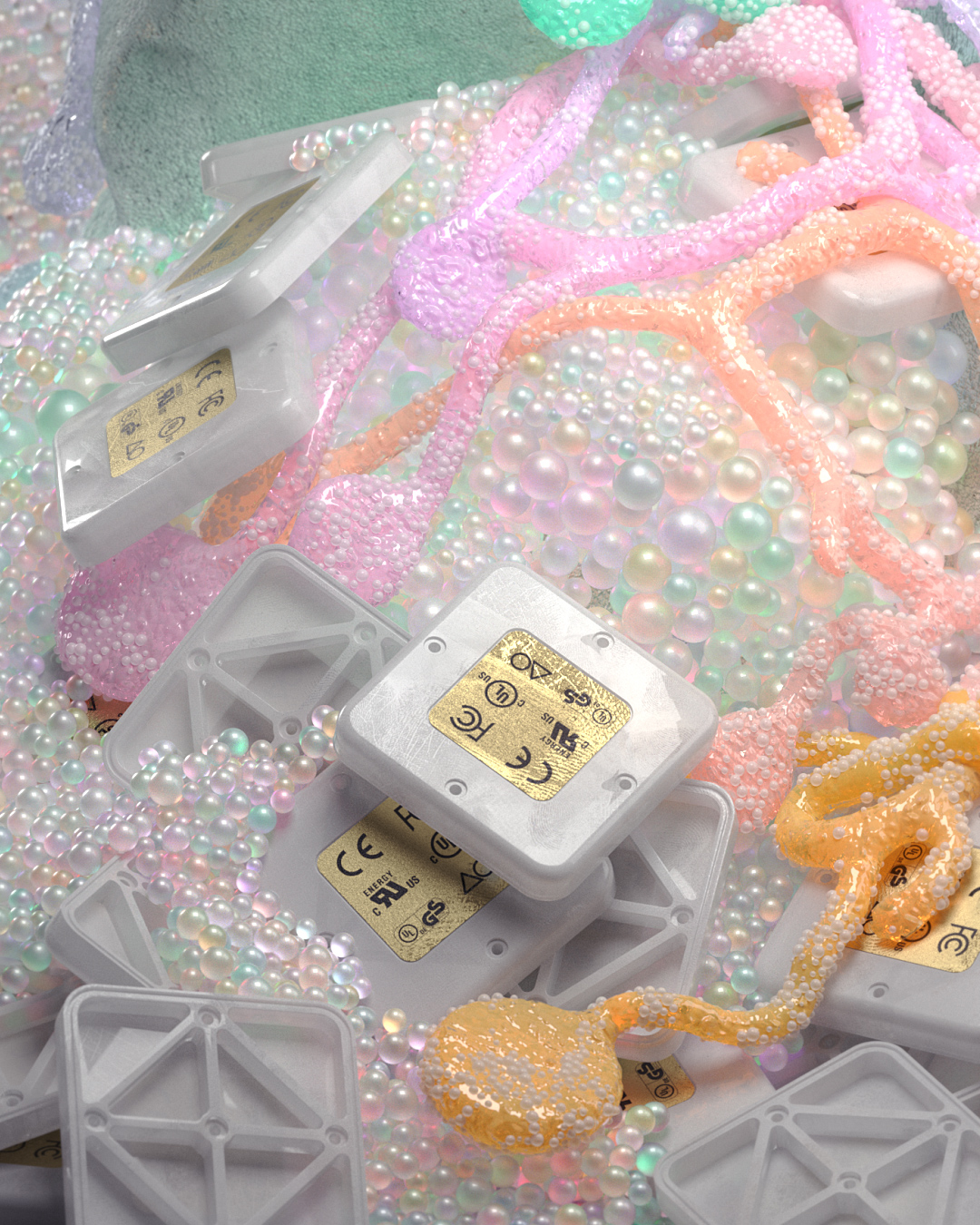